Share a memory
Obituary & Services
Tribute Wall
Read more about the life story of Donald and share your memory.

Funeral services will be held at 11:00 a.m., Tuesday, November 29 at Rux Funeral Home in Galva with Pastor Pat Koga officiating. Visitation will be held one hour prior to the services at the funeral home. Burial will be in Galva Cemetery. Memorials may be directed to St. Jude Children’s Research Hospital or to the First Baptist Church in Galva.

He was born January 30, 1936 in Galva, the son of William and Alice (Eckley) Collister. Don attended country schools and graduated from Galva High School in 1954. He served his country in the U.S. Army from 1959-61 stationed in Korea. Don was baptized and a member of the First Baptist Church in Galva and later attended the First United Methodist Church after his marriage to Florence.

Don Married Florence L. Smith on September 29, 1990 in Galva. Don and Florence lived on a farm and enjoyed their many cats and doggie. Florence preceded him in death on January 19, 2014. He worked with his dad and brother in farming and also worked for Kress Corp. in Brimfield for 30 years retiring in 1991. He had a passion working and repairing farm machinery.

Don enjoyed farming and old tractors. He had a love for cats which he had over 50 years on the farm. His love for his family and friends was deep in his heart. After losing Florence, Don moved to the Lincoln House high-rise in Galva. His quiet calm disposition gave him many high-rise friends, especially the residents pet dogs which he supplied with many doggie treats.

To send flowers to the family or plant a tree in memory of Donald W. Collister, please visit our floral store. 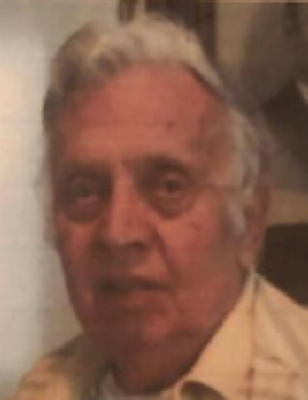