Share a memory
Obituary & Services
Tribute Wall
Read more about the life story of Michael B. "Mike" and share your memory.

ANNAWAN - Michael Bryce Nordstrom, 72, of Annawan passed away on May 18, 2022, at his home, just like he wanted, surrounded by his family and friends after a short but courageous battle against cancer.

Michael was born July 12, 1949, the son of Bryce and Mary (Slover) Nordstrom. He was very proud to be from and grow up in Bishop Hill. He graduated from Galva High School where he played a large part on their Wall of Fame football team. Michael then attended Black Hawk East College to study agriculture and was honored to be a part of their first graduating class in 1969. He then went on to Illinois State University where he received his bachelor’s degree in Agricultural Education. He then finished his education by getting his master’s degree in Ag Education from the University of Illinois. During this time Michael also served his country in the Illinois National Guard. He obtained the rank of Staff Sergeant while serving and was proud to be a veteran.

During his time at Black Hawk East, living in Kewanee, he met and fell in love with the love of his life, DeLores Hicks. The couple were married on June 1, 1969. After college Mike began his teaching career as the ag teacher and FFA advisor at Williamsfield High School. He then moved to Roanoke, IL, where he was the Ag teacher and FFA advisor there until 1979. It is then that Mike and Dee along with John and Connie Hatzer moved to Annawan to take over a successful farm equipment dealership. They started Hatzer and Nordstrom Equipment Company in 1979. The thing that he and John were very proud of was the starting of their own consignment auction. The Hatzer and Nordstrom Consignment Auction grew to be one of the biggest in the Midwest, attended by tens of thousands of people over the last 40 years.  Many thanks to Marilyn Verdick, his longtime bookkeeper and friend for always being there for him. During this time, Michael also was able to follow in his father Bryce’s footsteps and became a farmer. Mike farmed and raised cattle in the Annawan area up to the time of his death.  He was an avid fan of the Chicago Cubs (watching a World Series game in person), Allis-Chalmers farm equipment, and his beloved grandchildren.

Mike and Dee were blessed with 3 children and 9 grandchildren who they loved dearly. His grandchildren were his pride and joy and he was always proud of them and their many accomplishments. He could usually be found in the bleachers or his nice lawn chair watching first his children, then his grandkids, participating in their sports and activities. Michael was a family man who cherished every chance to be with immediate and extended family on any occasion.

Those left to cherish his memory are his son and daughter-in-law Scott and Amy Nordstrom of Toluca, his daughter and son-in-law Kim and Chris Goodley of Annawan, and his son and daughter-in-law Matt and Annetta Nordstrom of Annawan. He also leaves behind his grandchildren, Alex, Linnea, Bryce, and Noah Nordstrom. Also, Michaela, Olivia, and Cole Goodley as well as Anna and Emma Nordstrom. He dearly loved his sisters; Lynn Dunn, Carol (Dennis) Paschedag, and Joanne (Chris) Milojevich. Nobody could replace the special bond with his brother Mark (Lisa) Nordstrom.  Also important in his life were brothers-in-law and sisters-in-law, Russell and Jeanette Hicks and Bill and Kelly Hicks. He enjoyed his many nieces, nephews, and cousins who he loved so much. Michael was preceded in death by his parents, Bryce and Mary, his wonderful and loving wife of 51 years DeLores, his sister-in-law Betty Hicks and brother-in-law Fred Hicks, his business partner and friend John Hatzer and his very special farm hand Lloyd Fronk Jr.

Many thanks to the caregivers and friends who helped Michael over the years. Michael loved many and many loved him.

Funeral services will be held at 10:00 a.m., Tuesday, May 24 at Rux Funeral Home in Galva with Revs. Dan Wright and Rolando Renteria officiating. Visitation will be held from 3:00-7:00 p.m., Monday, May 23 at the funeral home. Burial will be in Bishop Hill Cemetery. Memorials may be directed to a scholarship fund that will be established in his name.

To send flowers to the family or plant a tree in memory of Michael B. "Mike" Nordstrom, please visit our floral store. 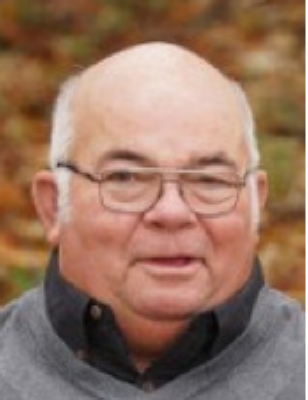