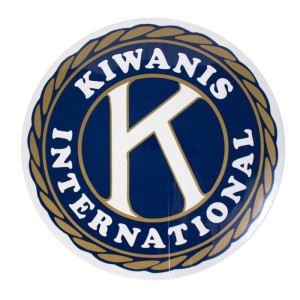 Funeral services celebrating his life will be held at 1:00 p.m., Thursday, June 4, 2020 at Wethersfield Cemetery in Kewanee where military rites will be accorded by the Kewanee Veterans Council. Rev. Mara Ahles-Iverson will officiate. In lieu of flowers, memorials may be made to the Kewanee Veterans Council or the Kewanee Kiwanis Club. Friends are encouraged to wear tropical colors to celebrate Paul’s Conch Spirit from his adopted city of Key West, Florida. Rux Funeral Home in Kewanee is assisting the family with arrangements.

Born on June 9, 1928 in Galva, Illinois, Paul was the son of Rudolph and Marguerite (Geleng) Hintz. Fondly referred to as “Sunny Boy”, Paul loved to dance and had a positive outlook on life. It was at a local dance that he met the love of his life, Romelle J. Larson, and they were married on July 1, 1951 in Kewanee, Illinois. After sixty-six years of marriage, she went ahead to patiently wait for him in December of 2017.

Paul proudly served his country in the United States Army during the Korean Conflict and was stationed in Fairbanks, Alaska to teach hand-to-hand combat before being shipped overseas. He later served in the Illinois National Guard and was an integral part of the National Guard Response to the Chicago Riots in 1968. Among his many pursuits, Paul worked for Sears Roebuck, AFLAC Insurance, Nationwide Insurance and briefly served as Kewanee’s Chief of Police. He retired in the late eighties to travel around the country with Romelle in their increasingly larger motor homes. His grandchildren have fond memories of traveling across North America with them and would delight in the salutes he commanded when they stayed on a military base. On these trips, Romelle would always remind him that he may be the Captain, but she was the General.

Always the leader, Paul coached and umpired several of his children and grandchildren’s various sports teams. He umpired baseball until his mid-eighties and was inducted into the Kewanee Baseball Hall of Fame. He enjoyed all sports, but especially Cubs Baseball, Bears Football, Tuesday night bowling leagues and swimming in his pool followed by a pick-up game of basketball with the grandkids in the driveway. Sundays were spent with the family around the pool or in the yard playing croquet. A gentle giant, Paul also volunteered for Abilities Plus, the Special Olympics, St. Jude Runs and was a long-time member of Kiwanis. He was proud to introduce his grandkids at the annual Christmas Party, as all of them followed in his footsteps and were members of Key Club and several followed with Circle K and Kiwanis. Paul was also a member of Zion Lutheran Church, where he served on many committees and boards throughout his life.

To send flowers to the family or plant a tree in memory of Paul M. Hintz, please visit our floral store.